I’ve had a fun couple of weekends.  I’ve started a few projects, but because I’m long winded I’ll just stick to one in this post.

We have a wood stove, thus we have tons of ashes.  Tons.  I think I’ve “harvested” around 20 gallons so far – which might not actually be a metric ton, but is a lot to me.  And we’re still making it. 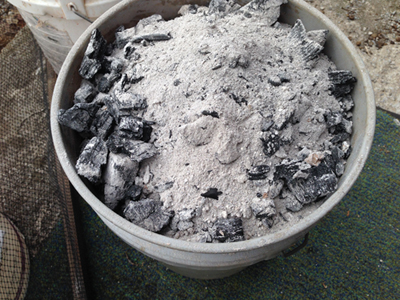 There’s plenty more where that came from

Well, geeky off-grider that I am, I’m always trying to figure out what to do with things so that I’m not throwing it away.  Ok, that’s more of the pack rat side of me, but at least if I call it homesteading, then an episode of Hoarders won’t feature my garage.  But as luck would have it, I’d also stumbled upon a recipe a while back, which happens to require one special thing.

You guessed it: wood ash.

If you don’t already know what recipe I’m talking about, it’s for Lye.  If you still don’t know what I’m talking about, Lye is Sodium Hydroxide (NaOH), and it’s used for a number of things.  The most obvious uses are in making soap (like in Fight Club), and for a drain cleaner.  Another magical use is for combining with methanol (wood alcohol) and vegetable oil to make biodiesel.  Boom!  Full circle!

I don’t yet know how to make biodiesel (or methanol, for that matter), but one thing at a time, people.  As my good friend Chris says, “Don’t try to boil the ocean.”  Boiling lye takes long enough.

The ash from my wood stove contains a bunch of charcoal, and as far as I can tell, that doesn’t contribute to the lye-making process.  As such I took a net and filtered out the big chunks (so that I can figure out another project to use them for) to keep just the ash. 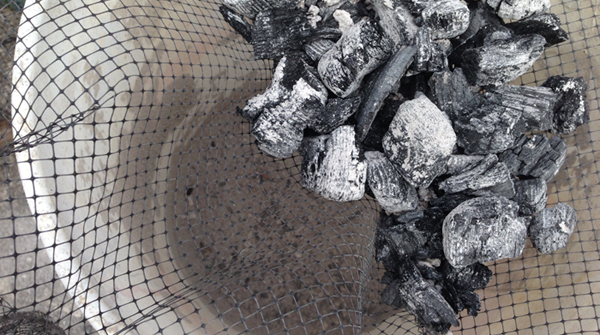 It’s a very scientific process.  And I’m very precise, as to avoid making a mess. 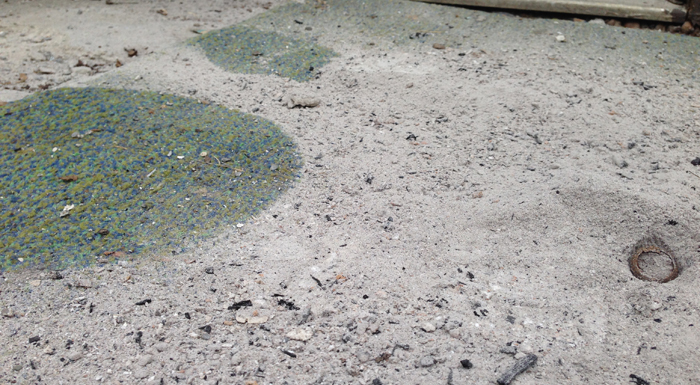 Basically, the only other ingredient for lye is soft water (distilled or rainwater), because apparently the stuff out of the city pipes doesn’t leach the lye out of the ash as well.  I assume it’s because of the other stuff in the water (chemicals), but I don’t think about it too much.  Except that I recently put a pan of tap water on our wood stove to add moisture back into the air, and a white powdery film was left in the pan after the water had evaporated.  I think my wife threw the pan out because it wouldn’t come clean.  And that’s the water we drink, ladies and gentlemen.

Anyhow, I’ve luckily been gathering rainwater – both intentionally an unintentionally – for such an occasion as this. 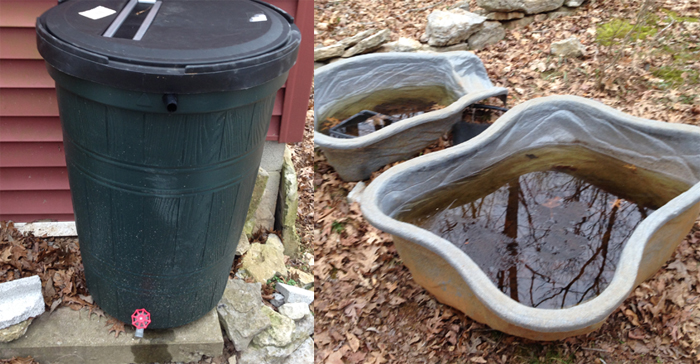 The left is an official rain barrel, the right is a future project that doubles as the cat water dish (the ponds that were previously dumped on our property).

So – the materials have been gathered, and all I need is a lye laboratory.  Which is of course made of buckets and junk. 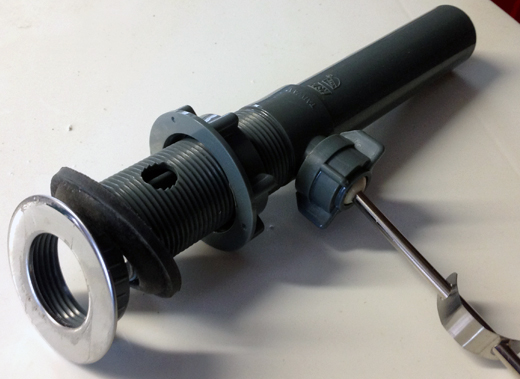 I found an unused faucet drain in my garage from the previous owner (it still had plastic wrap on it), and I drilled a hole in the bottom of a bucket and ‘installed’ it.  That way, I could let the lye sit in the bucket and drain it out when I’m ready.  There might have been a better way to do it, but, for me, free is always the best way. 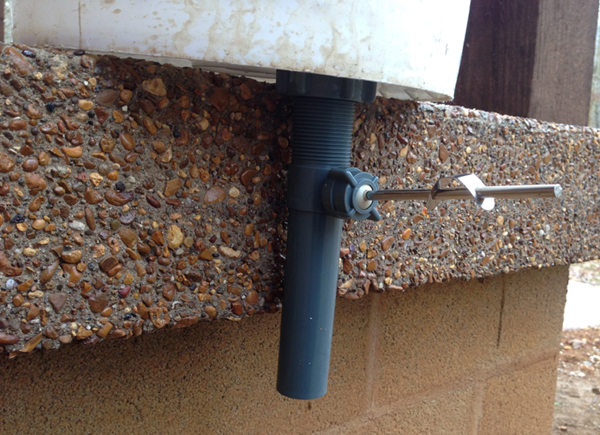 I added some rocks to the bottom of that bucket, because the wood ash would go in another bucket inside that one, and I didn’t want the other bucket to prevent the drain from opening.  That’s probably unnecessary because of the space that is naturally between the buckets, but like I said earlier – I’m very precise.

I drilled some small holes at the bottom of the ash bucket and added some shirt cloth to the bottom, so that the lye could escape into the drain bucket but the ash would stay. 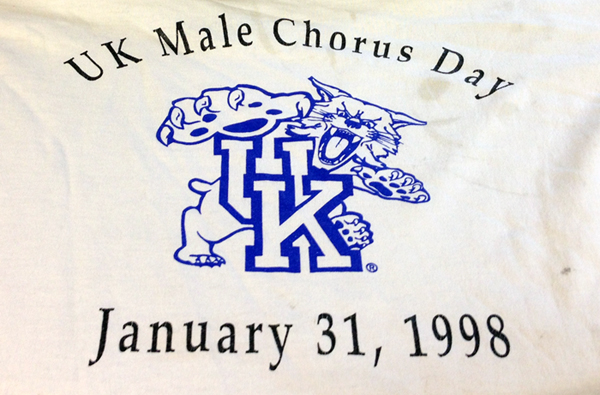 Yeah, that’s right.  UK Male Chorus Day 1998.  You have no idea how hardcore I was in high school.  Funny enough, it was exactly 17 years to the day when I actually cut this shirt up and put it in the bottom of the bucket.  I’m pretty sure that makes me very, very old.  But still very hardcore. 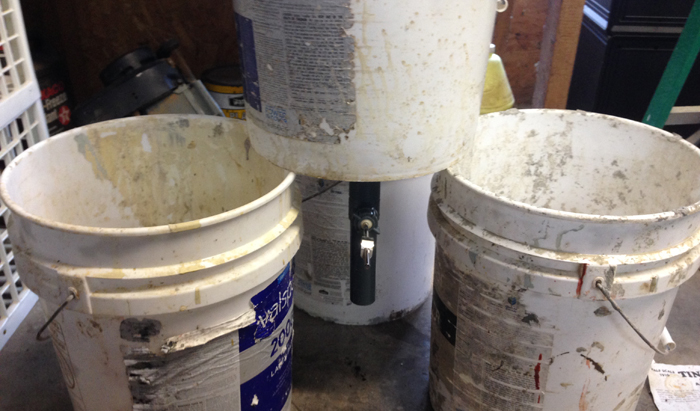 The lab was assembled, and I set it on top of three other buckets so that I could use the drain.  I’ll eventually build a permanent stand for it – if it’s worth it.  If I end up only making three batches of lye, then I won’t waste the time… 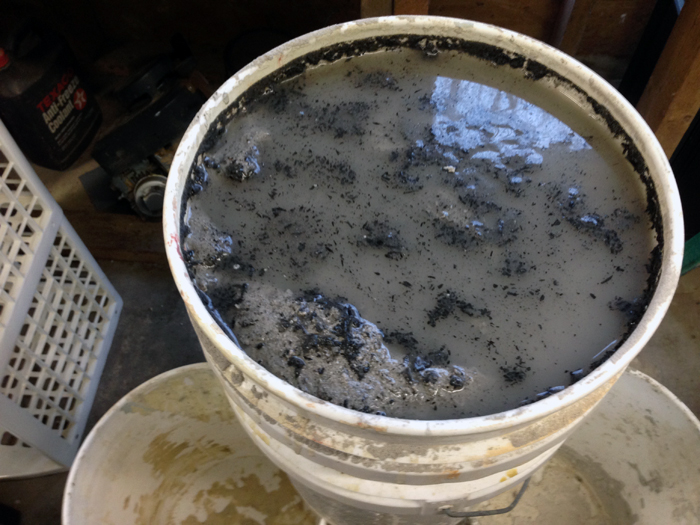 Simply add the water and wait.  Boom.  As I read somewhere, it’s so easy you make it by accident.  I then found a glass container in the garage that I could use to catch the stuff – which can easily burn your skin. 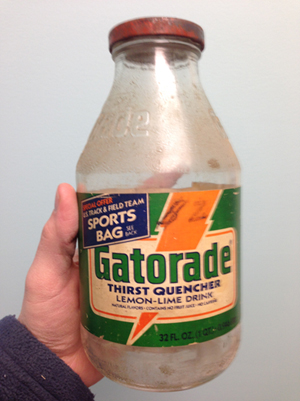 For some reason, Gatorade won’t honor the “Sports Bag” offer. I checked. (No – I didn’t really check)

After a good washing, I stuck the bottle under the drain, in case there were any leaks.  Hours later (there were luckily no leaks) when I opened the drain, out flushed glorious lye.  Well, I don’t know how glorious, because I don’t have a pH tester, but it was yellow – which is what the internet told me it should be.  You can test it by placing an egg in it, but my bottle was too small for that and I didn’t want to waste an egg.  Another way to test it was to see if it would disintegrate a feather – and I have plenty of those lying around.  Get it?  LYEing around?!?!

Anyhow, it didn’t disintegrate the feather, so I dumped the batch of lye that had already been made back into the top bucket, so it would go through the process again.  After that batch had seeped through, I tested it with a feather again, to no avail.  And then I figured I’d forget about that part, because my plan was to boil it down to a solid anyhow, since I don’t have any immediate plans to use it. 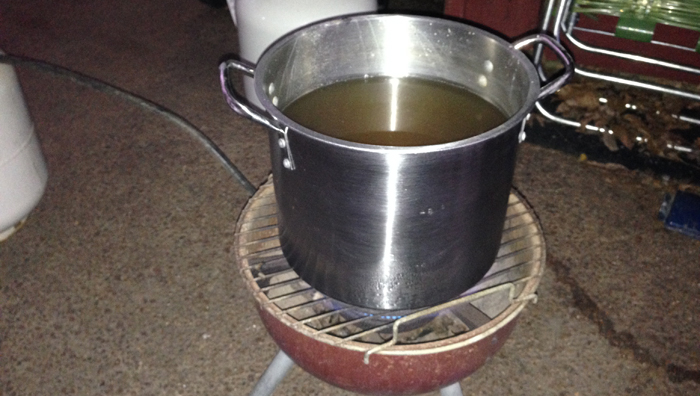 I started it on a Friday evening (a week after I actually made it), and let it go for about 2 hours – only checking on it every 15-30 minutes or so.  I got paranoid about not being outside with it, so I shut the propane off and started again the next day since I’d be outside. 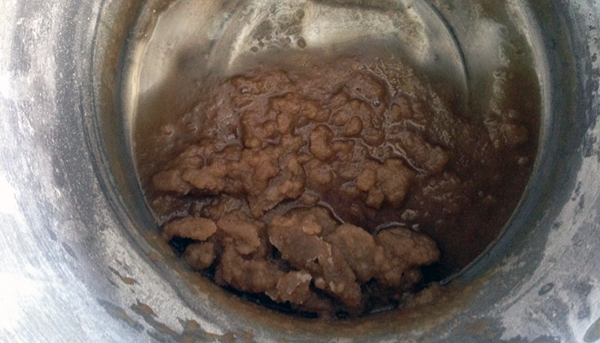 I technically should have kept simmering it down to only a solid, but my propane burner isn’t very precise, and I figured I could always cook it on the stove top (with windows open) if I wanted it to be further condensed.

I have a good amount of bacon grease and general animal fat stored up because my wife insists on letting it cool down before disposing of it – and luckily I’ve never disposed of it.  Maybe I’m rubbing off on her.  With that, I’ll try my hand at some soap making, just so that I can justify to her that my craziness can actually benefit her.  Not that I’m confident that she’ll be excited to rub animal fat on her skin… 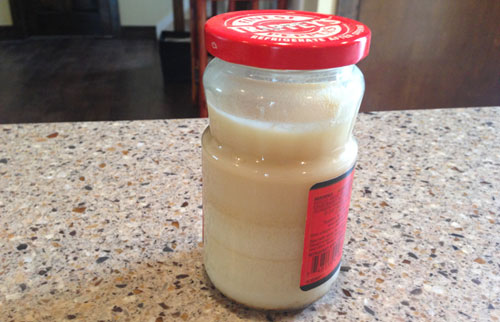