One of our roosters has discovered the sun.

For most of my life, I’ve been given the gift of sleeping through just about anything.  When growing up, I would often hear stories about crazy things that happened in the night (lightning striking trees within 10 feet of our house, loud wild animals that sound like women screaming, etc) that I slept right on through.

Except for twice when I tried to convince my parents that I chased after a squirrel in our house with a pot from the kitchen cabinet at two o’clock in the morning.  They both told me I must have been sleep walking (in their defense, I sleep walk and sleep talk more than the average person).  They found out that they were mistaken when a flying squirrel ran across my dad’s chest while he was watching TV late one night.  He caught it.  I named it Petey and took it to college with me.  We fed it a diet of salted peanuts. It soon became lethargic, so we eventually set it free after it bit a few folks.

I don’t sleep as deeply as I used to, now waking up constantly through the night – afraid that the walls are caving in (a fun recurring dream during renovation), or that the room is full of bugs that are trying to kill me.  But I often hang out in the state between dream and reality.

Recently, my wife asked me “did you hear the chickens this morning?,” to which I said “no.”  Then I realized that I had stressful dreams of a really strange sounding dog that was right outside our bedroom window.  Apparently, every morning when the sun is now peaking over the Tennessee trees, at least one of our four roosters is so excited about it that he wants everyone in a half-mile radius to see it too.

Yes.  Out of the five eggs that hatched, I’m pretty dang sure that four of them are roosters.  I’m not positive – because they don’t give the normal tell-tale signs of gender – but my big plan to gather eggs and survive off omelets and huevos rancheros seems to be slipping away. 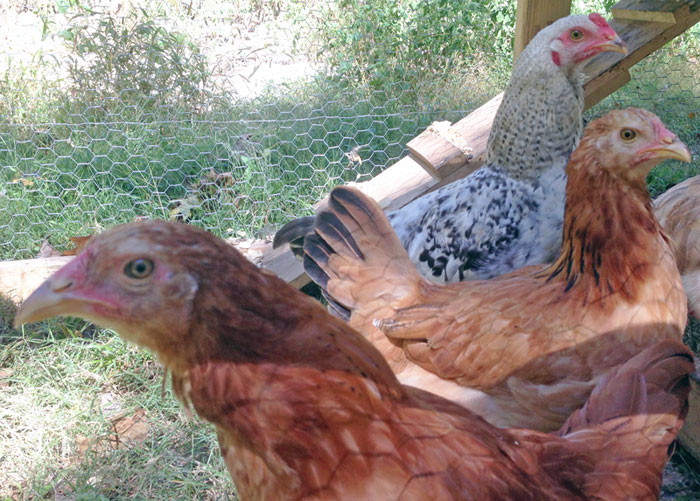 The other three roosters, in addition to the one at the top of the post

The sad thing about a bunch of roosters and one hen is that I’m basically raising them as pets.  Sure – tasty pets – but until they end up in the frying pan, all they do is eat my food and offer their services as off-grid alarm clocks.  (Have I mentioned that I don’t like waking up early?)

The whole reason I love the idea of chickens so much is that they are so productive.  A hen lays around an egg a day – and once she stops doing that, she’ll grace our plates with a final provisionary sacrifice. 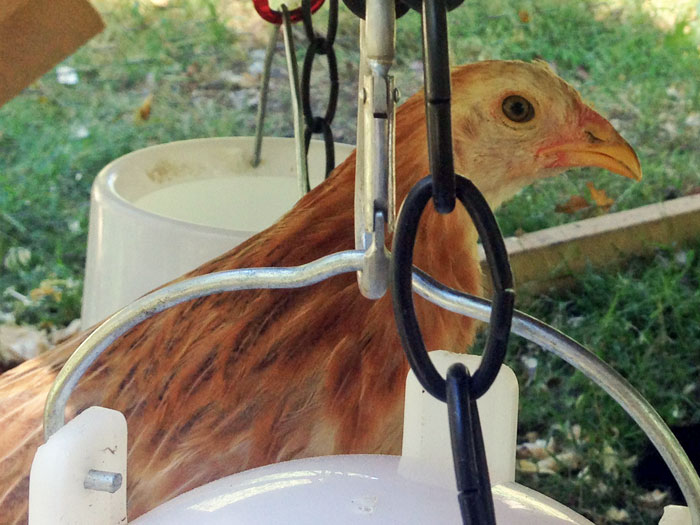 The lonely hen, hiding from her suitors

Roosters have a different job, though.  (Mark Turner told that me I’m the perfect person to talk about the birds and the bees, so…)  When you need more baby chicks, a stud just needs one short romantic jaunt with a hen to fertilize her eggs for two weeks or so.  Meaning – every egg she lays after that union can be incubated to lay another chick for 14 days (or longer).  You can’t have your egg and eat it too.  So, if I only have one hen, and I’m needing eggs to raise more chicks, the carton in my fridge remains empty.  Of course, that’s when she starts laying, which is probably still a month away.

Another problem is that roosters are good at their job.  I read on a blog recently that if you have multiple roosters, it’s good to have about 10 hens per rooster, so that they don’t get too competitive.  So, something tells me that a 4 to 1 ratio will spawn the greatest cockfight in history.

And on top of that, it’s very likely that they’ll kill the lone hen, or at least injure her.

I’m hoping I’m wrong, though…  The two brown ones are a little questionable.  I’d love to be wrong.

But if I’m right, I’m planning on eating one of them soon.  They’re nearing 12 weeks, so they should be in prime condition for frying.  I’ve got a few friends who want to be there when I ‘dispatch’ and clean the first one, so maybe we’ll just make a strange party of it.  (Let me know in the comments if you want to be on the guest list)

My brother also said he’d swap out the rooster that might be a full-fledged Delaware for one of his hens, since all of his Delaware roosters died.  We’ve already talked of me getting more chickens from him, but I need to finish the long-term coop and run before I take them on.  And that hasn’t been moving forward as fast as I planned.  For some reason, the trees that I chopped down haven’t cut themselves into neat stacks of firewood.

In other news, I also found out last week that my well is working very… well…  (smirk)

I decided to start poking around at the components, plugging some stuff in, and flipping breakers that had not yet been flipped.  Within 5 seconds of flipping one breaker and hearing a click, I heard an explosion in my back yard, and all the power to my house was out.  When the power guy came out to look at it, he said that the power for a number of houses around me was also out.  I tried to act as innocent as possible and simply told him I was trying to figure out what the breakers went to, and didn’t know if that was related.  But – luckily, it was not my fault.  A squirrel committed suicide on the transformer at the exact same moment as I flipped the breaker.  (I just hope it wasn’t Petey.)  After the power was back on, I flipped the breakers again, and water gushed out within 10 seconds.  I’ve still got a lot of work to do to make it usable, but I’m extremely excited about that.

Oh – and on another note.  If you are the guy who has decided that my property is a good alternative to the dump…  Stop.  The actual dump (or “convenience station,” as it’s called) is literally 3 miles away.  And it’s free.  So, I’m looking at it as some sort of challenge – because I figure it took you longer to find my property than it would have to simply google “where to dump trash.” 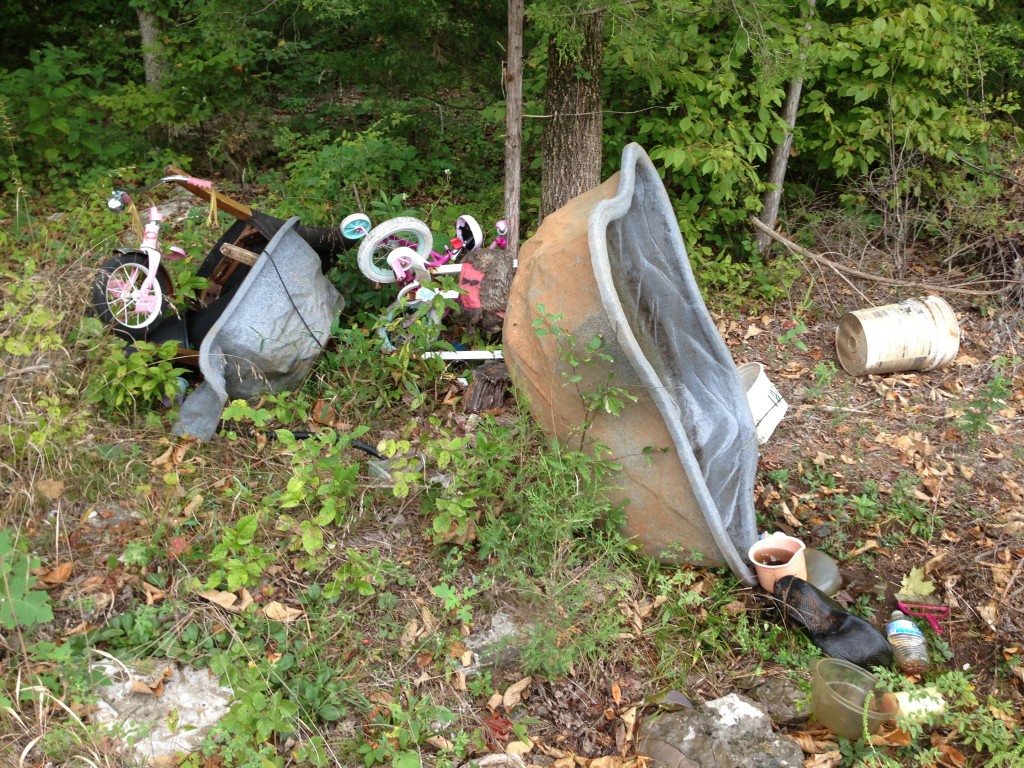